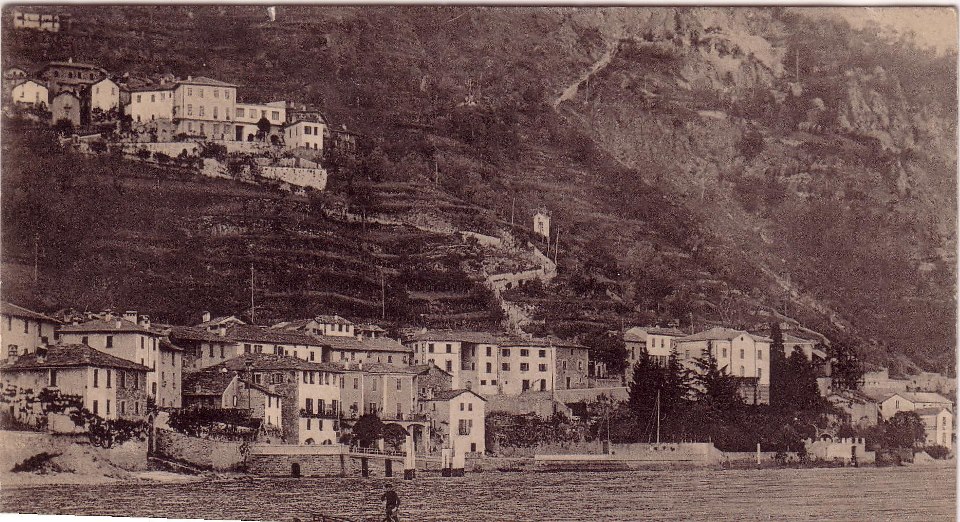 Musso in the Forties

Dongo is only one of the sites involved in April 1945 historic events. As a matter of fact, Mussolini and his collaborators set off from Como in the morning of April 26th and stopped in Menaggio; they joined there a column of German vehicles retreating towards Germany. On April 27th the convoy, about 1 km long, went up the old Via Regina reaching Musso at about 7 am.

The column was stopped in Musso at a roadblock by partisans of the 52nd brigade “Giuseppe Garibaldi”: after a short shooting and long negotiations the Germans were allowed to continue on condition that they could be inspected by the same partisans. The inspection took place in Dongo’s main square. A panel of the “End of the War” project remembers today the place where the convoy was stopped; it is placed along the old Via Regina between Dongo and Musso, nearby the access to the “Giardino del Merlo”.

Mussolini and the Senior Fascists are identified and arrested in the afternoon of April 27th, in Dongo. The commander of the 52nd brigade “Giuseppe Garibaldi”, Pier Luigi Bellini delle Stelle “Pedro” decides to move Mussolini to another place: the Duce is a prisoner of the highest importance and can’t be kept with the others. The partisans decide to take him to an army barracks in Germasino, a little village nearby Dongo which can be easily defended in case of attack. Meanwhile, the woman that was travelling with the Senior Fascists is recognized: she is Claretta Petacci, the Duce’s lover, who asks to join him. Mussolini has already been moved to Germasino but he is not going to stay there for a long time; at 1 am of April 28th, in fact, Mussolini is awakened in order to be moved once again. Mussolini joins Claretta Petacci in Dongo and they are taken by car in direction of Como.

Nowadays the army barracks of Germasino is a private house and a plate commemorates Mussolini’s passing. Nearby the site a panel of the “End of the War” project is present.