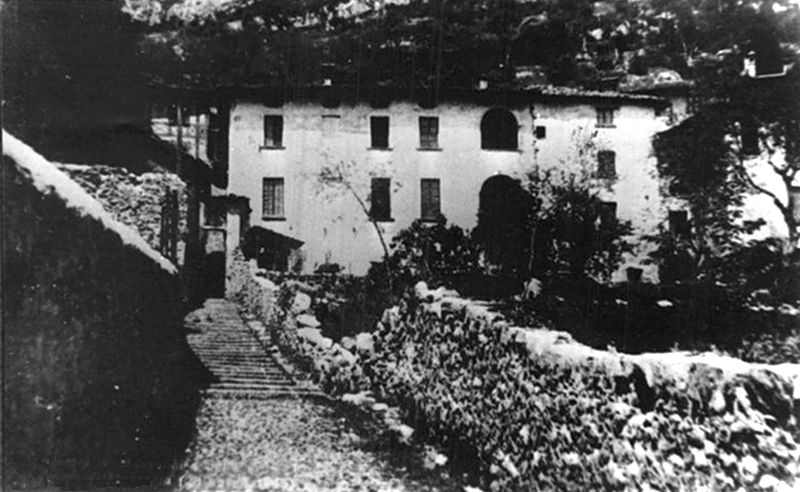 After the arrest in Dongo and the temporary transfer to Germasino, Mussolini re-joined Claretta Petacci and, on April 28th at 1 am, they got into a car in direction of Como.

They will never arrive in Como: the attempt to move the two prisoners from Moltrasio to Blevio by boat failed and the partisans who were with them decided to go back to Mezzegra. As a matter of fact, in Bonzanigo di Mezzegra lived two trustworthy friends of Captain Neri (52nd brigade Giuseppe Garibaldi Chief of Staff), Giovanni and Lia De Maria; the partisans knocked at their door asking for hospitality and shelter for their two prisoners. The De Maria family agreed and prepared a room for Mussolini and Claretta Petacci.

In the afternoon of April 28th, Walter Audisio (nom de guerre “Colonel Valerio”) arrived in Mezzegra: together with his partisans he asked Mussolini and Petacci to leave quickly De Maria house. The Duce and his lover were taken, in this way, to the execution place: a narrow and hidden street in front of Villa Belmonte’s gate, in the hamlet of Giulino di Mezzegra.

“Valerio” pronounced the sentence: “by order of the CVL (Corpo Volontari della Libertà) General Command, I am appointed to do justice to the Italian people”. At 16.10 Benito Mussolini and Claretta Petacci were shot.

Today, on the shooting place, one cross and some photographs of Mussolini and Petacci remember the event.

A little further, a panel of the “End of the War” project is present.